Islam is the state religion of Pakistan, and about 95-98% of Pakistanis are Muslims. The Muslims are largely divided into two sects, Sunni Islam and Shia Islam. The Shia Islam in Pakistan is practiced by 5-20% of the Muslims and the remaining larger number of Muslims practice Sunni Islam There are a number of Islamic law schools calledMadhab (schools of jurisprudence), which are called fiqh or 'Maktab-e-Fikr' in Urdu. Nearly all Pakistani Sunni Muslims belong to the Hanafi Islamic school of thought while small number belong to the Hanbali school. The majority of Pakistani Shia Muslims belong to the Twelver (Ithna Asharia) branch, with significant minority who adhere to Ismailism branch that is composed of Nizari (Aga Khanis), Mustaali, Dawoodi Bohra, Sulaymani, and others. Sufis and above mentioned Sunni and Shia sects are considered to be Muslims according to the Constitution of Pakistan. 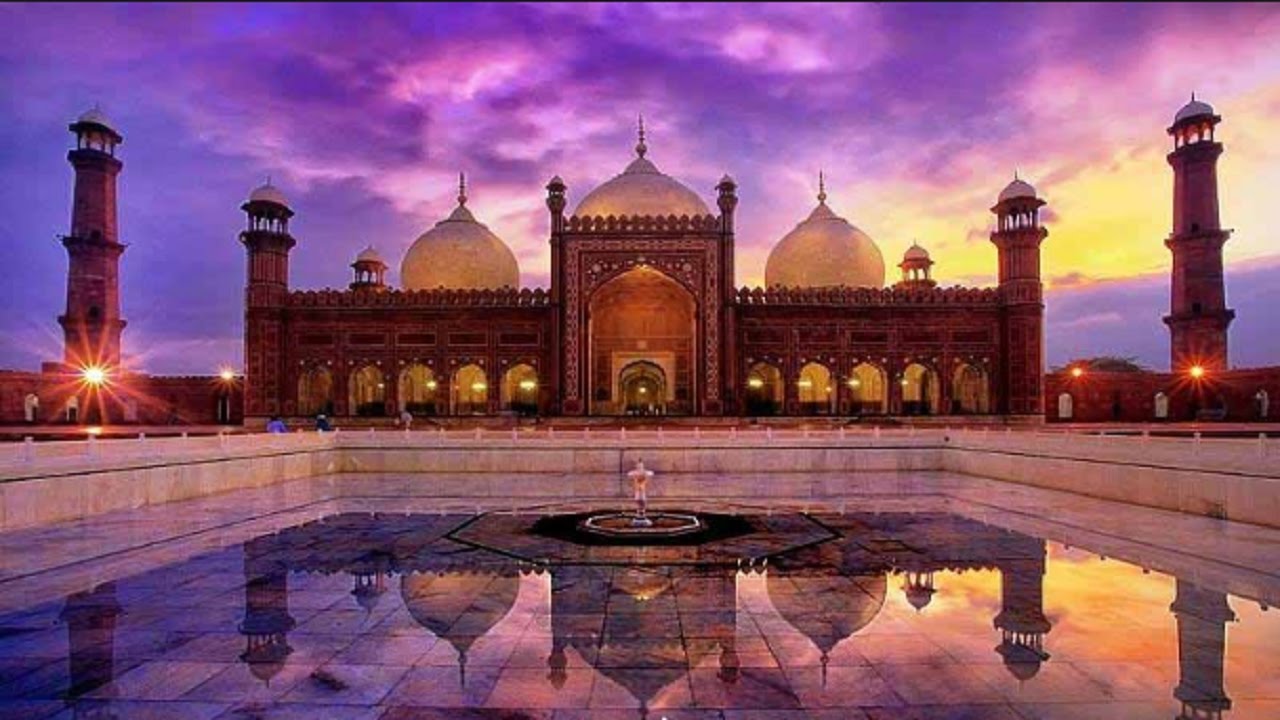 Islam to some extent syncretized with pre-Islamic influences, resulting in a religion with some traditions distinct from those of the Arab world. Two Sufis whose shrines receive much national attention are Ali Hajweri in Lahore (ca. 11th century) and Shahbaz Qalander in Sehwan, Sindh (ca. 12th century).Sufism, a mystical Islamic tradition, has a long history and a large popular following in Pakistan. Popular Sufi culture is centered on Thursday night gatherings at shrines and annual festivals which feature Sufi music and dance. Contemporary Islamic fundamentalists criticize its popular character, which in their view, does not accurately reflect the teachings and practice of the Prophet and his companions. There have been terrorist attacks directed at Sufi shrines and festivals, 5 in 2010 that killed 64 people. Sufism in Pakistan started to lose its role as a powerful influence in the life of the Muslims of Pakistan in the early 1970s. The elections in 1970 gave rise to orthodox Muslim parties that emphasized Sharia and were hostile to heterodox folk Sufi traditions. The mass media and economic migration of Pakistanis to the Middle East exposed to them to the Muslims of other nations. The Islamic text books in schools taught orthodox Islam as opposed to Sufism. The Umrah and Hajj travel to Makkah and Madina became easier and cost effective due to direct air travel. Millions of Pakistanis performed Haj and Umrah the Pakistani Muslim society became more religious. The Muslim television channels also increased the awareness of Sharia and Sufi traditions declined. The Pakistan's Muslim society questioned and opposed the folk and heterodox Sufi traditions. Pakistan witnessed the growth of the Wahhabi movement with many Madrasa and mosques switching to Salafi Islam. The Urs, the death anniversary of a Sufi saint, had turned into yearly fairs over the centuries where entertainment, music, trade and commerce took precedence over religion. The orthodox Muslims violently opposed these practices, termed it as shirk and many incidents violent confrontations took place.[23] Sufism does not play a prominent role in Pakistani society any more. Many hardline Muslims and political movements are not in favor of it in Pakistan. Many traditions of Sufism are now considered to be haram or forbidden in slam.The Urs of Sufi saint in Karachi, Abdullah Shah Ghazi and Pir Mangho Urs has seen steady decline of attendance over the years. 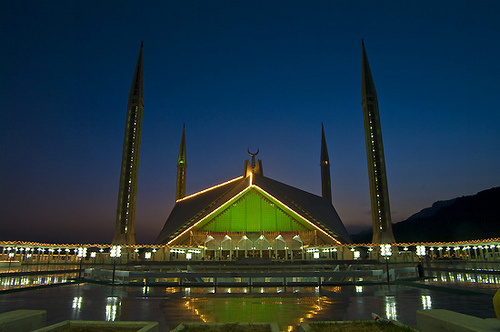 Hinduism is the second largest religion in Pakistan accounting for 2% of the population. The Rig Veda, the oldest Hindu text was believed to have been composed in the Punjab province of modern-day Pakistan on the banks of Indus River around 1500 BCE] and spread from there across South and South East Asia slowly developing and evolving into the various forms of the faith we see today. Although no population census recording religious affiliation has taken place since 1998, if the numbers are extrapolated then Hindus would account for around 3 to 3.5 million people today. According to the last census held in 1998, 93% of Hindus live in Sindh, 5% in Punjab and nearly 2% in Balochistan. 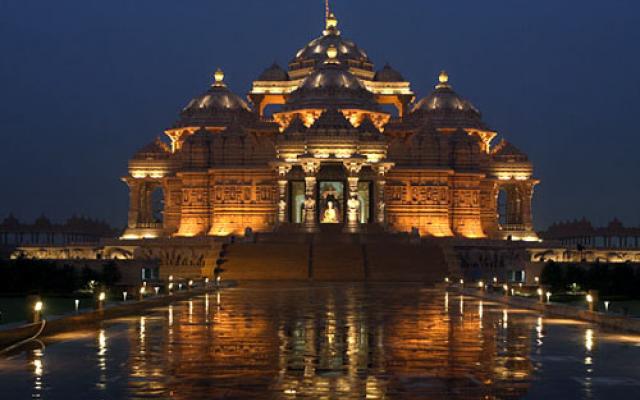 Christians (Urdu: مسيحى‎) make up 1.6% of Pakistan's population, about 2.8 million people out of a total population.The majority of the Pakistani Christian communities is constituted by converts from the Hindus, Sikhs, and Muslims from Punjab region, from the British colonial era. The community is geographically spread throughout the Punjab province, whilst its presence in the rest of the provinces is mostly confined to the urban centers. There is a Roman Catholic community in Karachi which was established by Goan and Tamilmigrants when Karachi's infrastructure was being developed by the British during colonial administration between World War I andWorld War II.

Meanwhile, there are few Protestant groups conducting missions in Pakistan. The Day by Day Christian Ministries which is based in thePhilippines is operating a school in Karachi, though most of its members there converted outside the country due to restrictions at home. 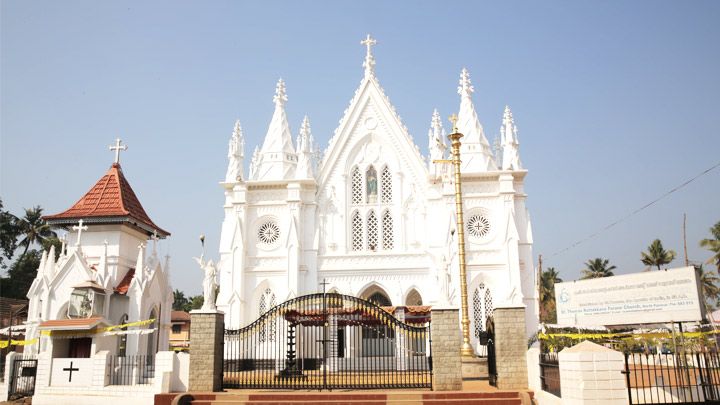 This is pagan religion of the Kalash people living in a remote part of Chitral. Adherents of the Kalash religion number around 3,000 and inhabit three remote valleys in Chitral; Bumboret, Rumbur and Birir. Their religion is unique but shares some common ground with Greek, Macedonian Pagan, Vedic and Pre-Zoroastrian religions.

jainism existed in Punjab, Balochistan, Khyber Pakhtunkhwa and Karachi. There is no evidence of any Jains living in Pakistan today, although it is claimed that a few still live in Sindh and Punjab provinces. They are number of disused Jain Temples found in different parts of Pakistan. Gulu Lalvani, a famous Jain, was originally from Pakistan but he, like other Jains, emigrated from Pakistan. Baba Dharam Das Tomb is also found in Pakistan. Digambar Temple is one of the famous Jain temples in Pakistan.