he rock carvings found in various places in Gilgit-Baltistan, especially those found in the Passu village of Hunza, suggest a human presence since 2000 BC.[19] Within the next few centuries after human settlement in the Tibetan plateau, this region became inhabited by Tibetans, who preceded the Balti people of Baltistan. Today Baltistan bears similarity to Ladakh physically and culturally (although not religiously). Dards are found mainly in the western areas. These people are the Shina-speaking peoples of Gilgit, Chilas, Astore and Diamir while in Hunza and in the upper regions Burushaski and Khowar speakers dominate. The Dards find mention in the works of Herodotus,[a] Nearchus, Megasthenes, Pliny,[b] Ptolemy,[c] and the geographical lists of the Puranas.[20] In the 1st century the people of these regions were followers of the Bon religion while in the 2nd century they followed Buddhism..
Naltra Valley

Naltar is dense pine forest valley with magnificent landscapes, green vegetation, wildlife, flowers, snow-covered mountains, lakes, streams and echoing with the chirping of numerous birds. Naltar is 40 km from Gilgit city and can be reached by jeeps and also famous for skiing activities in the winter. 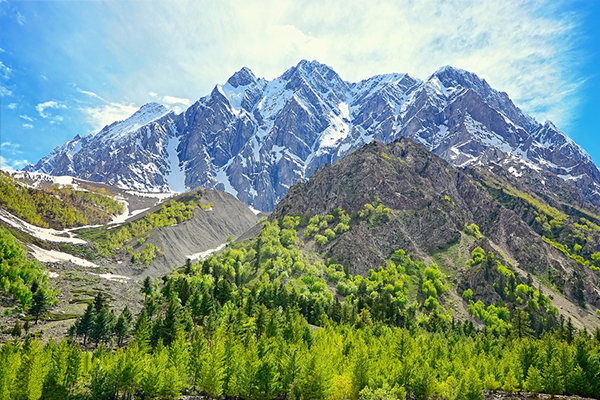 Kargah is at distance of 10 km from the Gilgit city, a rock wall carved Buddha dating back to 8th century AD. A river flows between mountains offer stunning views, if you like fishing then it is the right place, as there are loads of trout in the river. 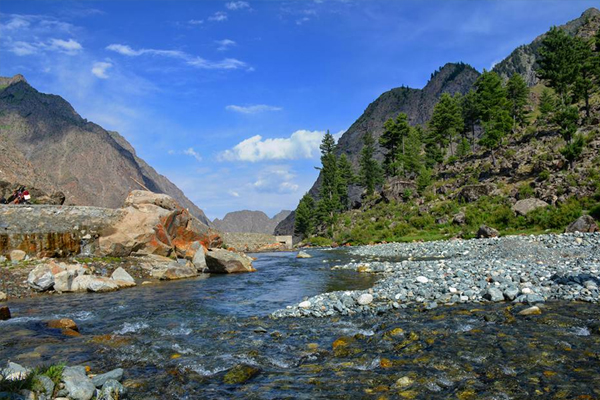 A small valley surrounded by high mountains makes it the perfect place for trekking. It is a place less known when compared to any other nature spots in Gilgit Baltistan, but surely will leave you with a much enhanced nature treatment like the others.

.If you are an adventure junkie, then you should not miss out on the experience of Danyore suspension bridge. The bridge constructed over a half century ago and it enters a tunnel constructed by locals without any proper civil engineering equipments. 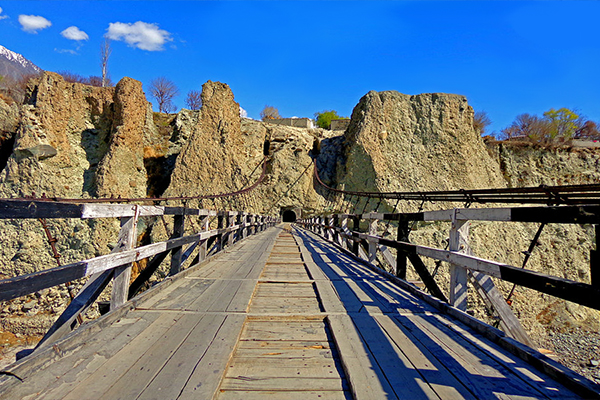 If you are looking for the best place to view sunset and sunrise, Duikar village provides the best views anywhere in Pakistan. On a clear dark night, you can see once in a life time view of galaxies in the clear and pollution free sky. it is a great photo-taking spot with magnificent view of the whole Hunza Nagar district. 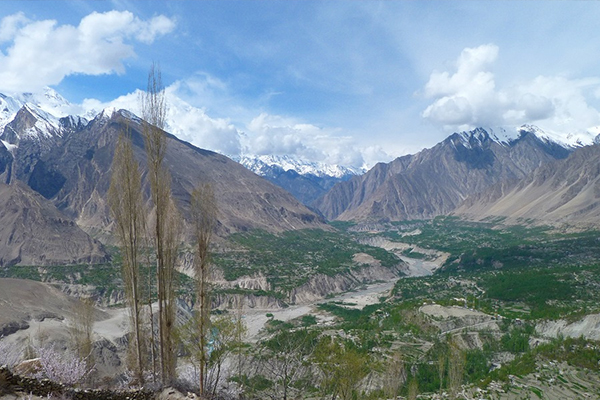 A small village with irrigated terraced fields known for fruit orchards and the production of potatos. Hopar is one of the most recommended treks for those who want to have a first time trekking experience with a life long excitement. 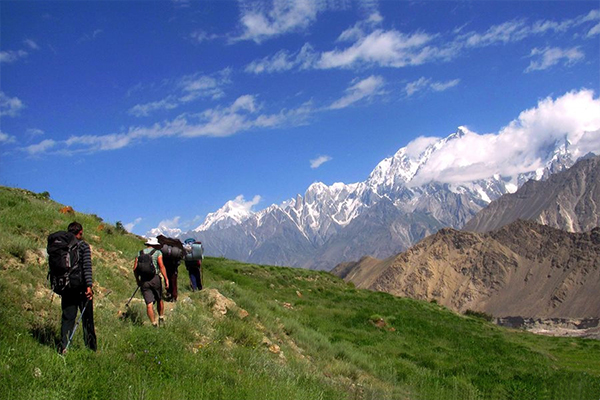 Passu lies between Batura & Passu Glaciers. The famous natural beauty of Passu is Tupopdan Peak, also known as "Passu Cones", having picturesque shape is one of the most photographed peaks in the region. 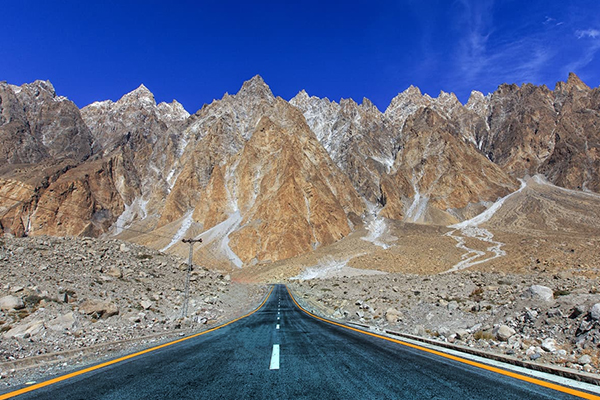 Anybody who wants to take the experience of looking at the best landscapes, must visit Gulmit. A walk through the valley exposes you to over 100 varieties of flora and fauna all of which are pervasive through this region. 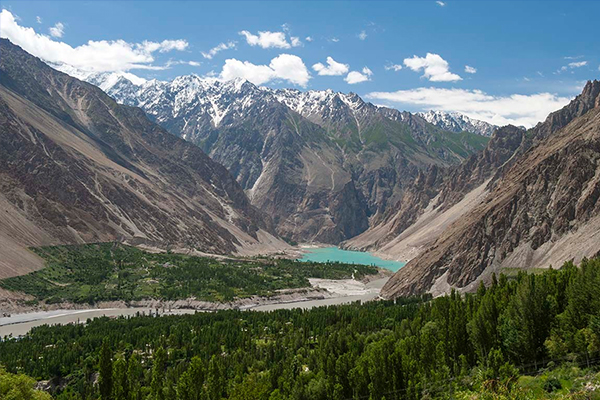 Khalti Lake is an artificial lake was formed due to stretch of river near the village of Khalti. The dark blue waters of lake during summer look very charming. The lake usually freezes during winter, it becomes crystal-clear and villagers of Khalti use to walk on it. 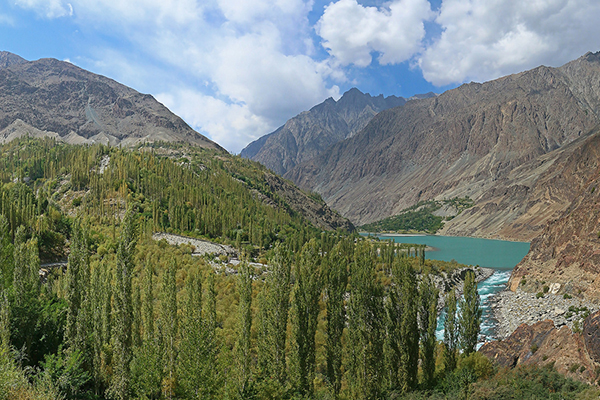 A twisting road passing through lush green fields & forests with a view of flowing river and icy peaks will lead you to this Phandar valley. From springs of crystal clear waters to lakes & rivers of deep blue water, there are all colors of nature's beauty. 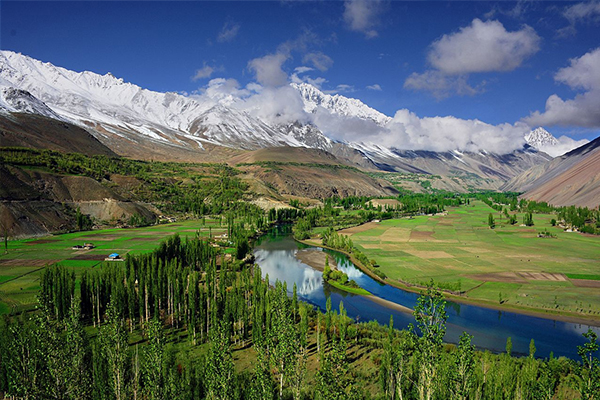