Ayubia National Park (Urdu: ایوبیہ ملی باغ‎), also known as Ayubia (Urdu: ایوبیہ‎), is a protected area of 3,312 hectares (33 km2) located in Abbottabad District, Khyber Pakhtunkhwa province, Pakistan. It was declared a national park in 1984. Ayubia was named after Muhammad Ayub Khan (1958–1969), second President of Pakistan. The area supports temperate coniferous forest and temperate broadleaf and mixed forest ecoregion habitats, with an average elevation of 8,000 feet (2,400 m) above sea level. Ayubia National Park is surrounded by seven major villages and three small towns of Thandiani, Nathiagali and Khanspur. The park has been developed as a resort complex from a combination of four mini resorts of Khaira Gali, Changla Gali, Khanspur and Ghora Dhaka in Galyat. Currently, it is managed by the Wildlife and Parks Department of Government of Khyber Pakhtunkhwa. 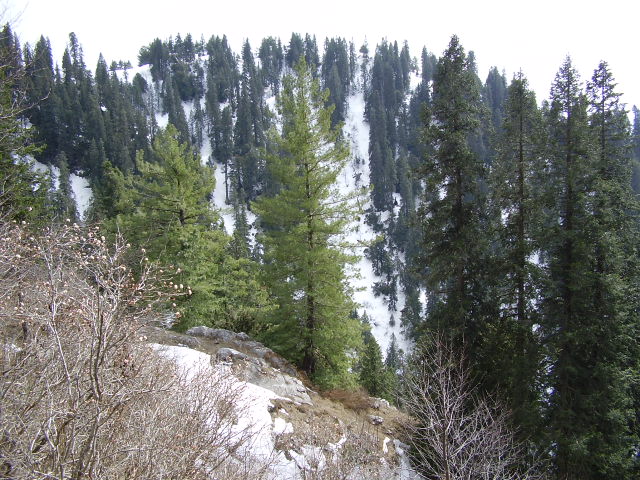 Saiful Muluk (Urdu: جھیل سیف الملوک‎) is a mountainous lake located at the northern end of the Kaghan Valley, near the town of Naran in the Saiful Muluk National Park. At an elevation of 3,224 m (10,578 feet) above sea level, the lake is located above the tree line, and is one of the highest lakes in Pakistan. 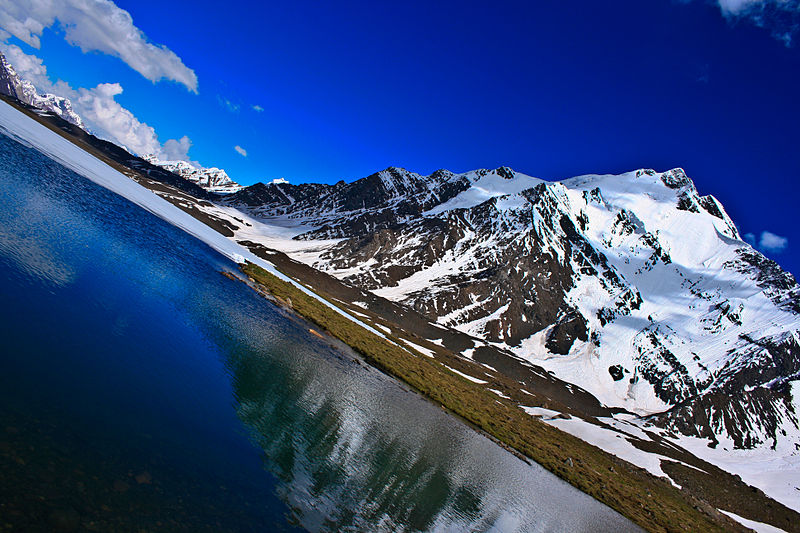 Broghil Valley (Urdu: بروغل‎) is a valley and national park located in the upper northern reaches of the Chitral District, Pakhtunkhwa, Pakistan, close to the Afghan-Pakistan border. 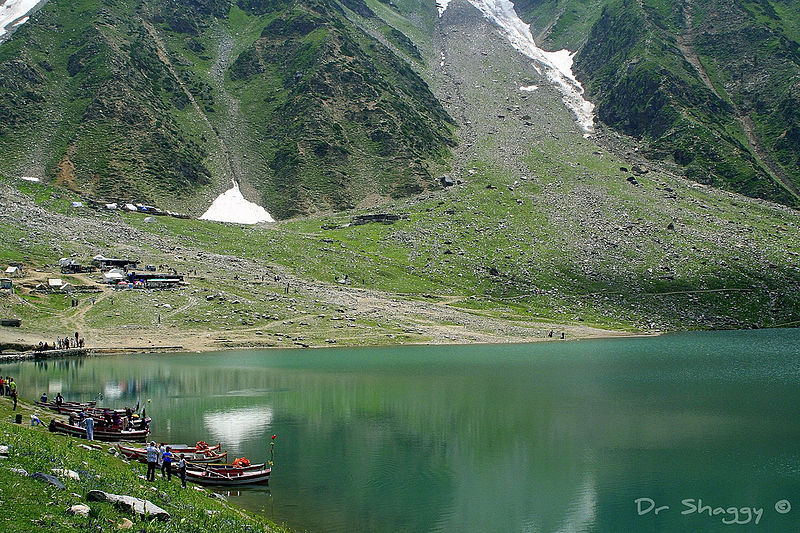 Lulusar-Dodipat National Park is located in the Kaghan Valley in Mansehra District of Khyber-Pakhtunkhwa, Pakistan. The park was created in 2003. The scenic Dudipatsar Lake and Lulusar Lake and peaks are in the park. 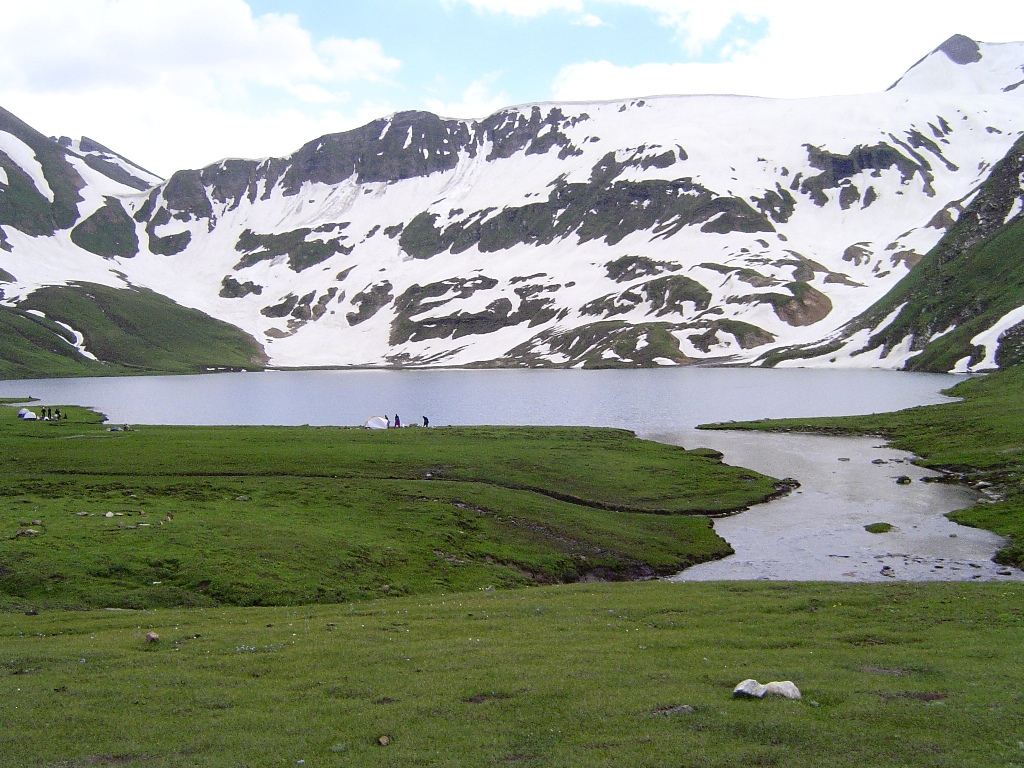 Bala Hissar (Pashto/Urdu/Hindko: قلعه بالاحصار), also spelt Bala Hisar, is a historic fortress located in Peshawar, Khyber Pakhtunkhwa, Pakistan. First mentioned by 7th-century explorer Xuanzang, the fort was used as a royal residence for the Durrani Empire since December 1747, when Ahmad Shah Durrani conquered Peshawar. The Maratha Empire captured it after the Battle of Peshawar in 1758. The Sikhs reconstructed the fort after capturing Peshawar in March 1823. In 1849, the British East India Company reconstructed the fort's outer walls. 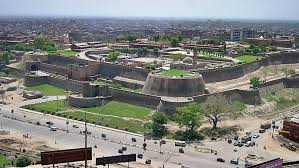 The in Peshawar, Khyber Pakhtunkhwa, Pakistan is a historic building and has a secret tunnel from the left side mosque to the Bala Hisar Fort it is about 1.25 km long, amidst what is now a park. It is close to the Peshawar Museum. It serves as the official residence of the Governor of Khyber Pakhtunkhwa. 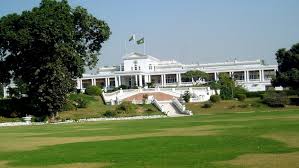 Naran is a town and popular tourist destination in upper Kaghan Valley in Mansehra District of Khyber Pakhtunkhwa province of Pakistan. It is located 119 kilometers from Mansehra city at the altitude of 2,409 meters.It is located about 65 kilometers away from Babusar Top. 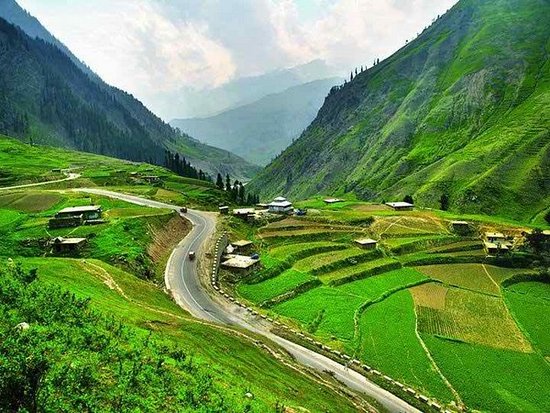