Cement industry is not only fulfilling the needs of our local population but also has potential to export. Pakistan has abundance of limestone and gypsum deposits which are basic raw materials for this industry. Cement is used in construction of Buildings. Karachi Hyderabad, Thatta Rohri, Daud Khel, Wah, Rawalpindi, Dera Ghazzi Khan, nowshera and Kohat are main cement producing hubs.

Chief Minister Khyber Pakhtunkhwa Pervez Khattak has said Khyber Pakhtunkhwa was producing more than 53% of national oil and its production had jumped from 30,000 barrels per day to 50,000 barrels per day while natural gas production had jumped from 300 million to 400 million cubic feet per day. He was presiding over a meeting regarding advantages and strength of the province to be exploited for the benefit of the people and rapid development of the province. Speaker Khyber Pakhtunkhwa Assembly Asad Qaiser, MD SNGPL Arbab Muhammad Saqib and other concerned officials of the provincial government also attended. The Chief Minister said that the province was moving to produce and provide cheap electricity to investors in the industrial zones of the Province that was pre-requisite for rapid industrialization in the province. KP government would use natural gas for the establishment of three power generation stations at Kohat, Rashkai and Hattar Industrial estates each producing 225 Mega Watt electricity and the electricity produced would be offered to the industries in the three industrial estates on concessional rates, he added. He assured that the provincial government would be a sovereign guarantor in order to attract and facilitate investors in the province. Our government had already offered unmatched incentives to the investors and facilitating them through one window operation. He said the province of Khyber Pakhtunkhwa was replete with unlimited natural resources and his government produced an enabling environment for foreign and domestic investors to harness these resources for the expeditious development of the province. Pervez Khattak said government had taken numerous steps to encourage investments in Khyber Pakhtunkhwa, especially in the southern districts for oil and gas and northern districts for Hydel power projects. The ultimate goal was to scientifically harness the advantages of the province in order to track the province towards rapid growth and expand its resource base to emerge as financially independent federating unit of the country. The Chief Minister said that Cylinder gas LPG production jumped from 10 to 500 tons per day in last 2 years and added that and an oil refinery was being setup in the southern districts and for this the government had been facilitating the investors. He said in 2 years the province enhanced production from 30,000 to 50,000 barrels per day and the target stood as 2 lakh barrels per day and the government would create room for 5 refineries. Furthermore, government got allocated 100 million cubic feet of gas from the Federal Government after putting a two years fight. This would lead to install 3 power plants in the three industrial estates. He also revealed that Government was working to establish a 5 lakh tons per annum Urea fertilizer Plant in Hangu as well. Pervez Khattak said that government was far ahead in securing the rights of the people of Khyber Pakhtunkhwa in the oil and gas sector compared to any other province and even it was helping other provinces and FATA to develop oil and gas sector and it was all out to make Pakistan self-sufficient in energy and enhance the Energy Security. Due to enabling environment from 2 drilling rigs in 2013, his government during its tenure facilitated 10 rigs working in Khyber Pakhtunkhwa against the total 31 rigs in Pakistan that meant 1/3 work was happening in Khyber Pakhtunkhwa, he concluded.. 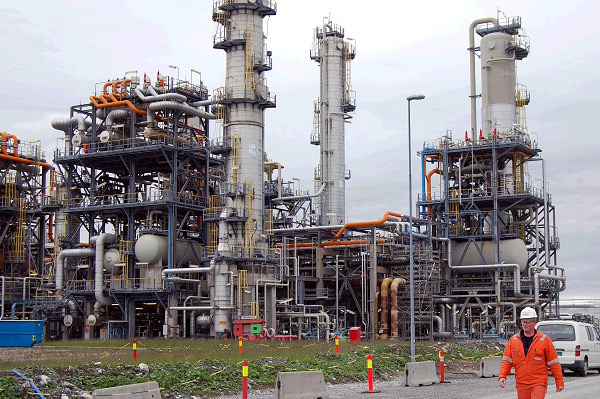 Well-designed furniture has to be light in weight, small in size and made of superior quality wood. 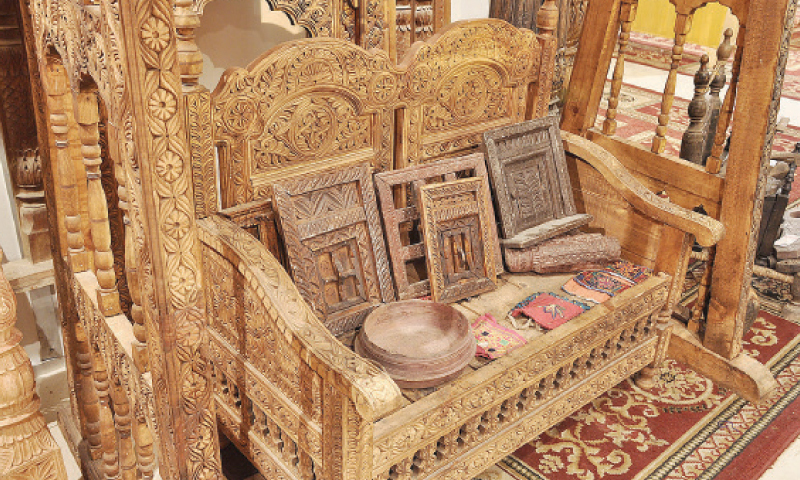 Pakistani workers make prints onto fabric in Lahore . Authorities are encouraging the silk industry in Malakand Division of Khyber Pakhtunkhwa by setting up a Dyeing, Washing and Pressing Common Facility Centre for Silk Cluster. [Arif Ali/AFP] The project includes facilities that are aimed at upgrading the traditional silk and honey bee sectors by developing new product lines that take into account contemporary market trends and by exploring new opportunities for end product consumption. The development projects were established by the ministry's Small and Medium Enterprise Authority (SMEDA), which is also responsible for supervising the facilities through consultation and institutional support 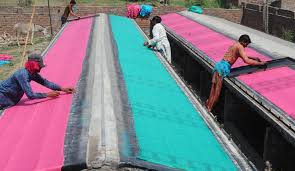 Apiculture — the honey business — is spread out over 30,000 honeybee farms, particularly in KP. Also called apiaries, these farms contain dozens of beehives where honey is produced. The honey comes from flower nectar of various plants. Bair trees, particularly, are abundant in KP's districts of Karak, Kohat, Dera Ismail Khan and Nizampur. The Pakistan Agricultural Research Council (PARC) has identified four active species of honeybees locally. Only one out of them, apis mellifera, is imported and established in Pakistan. 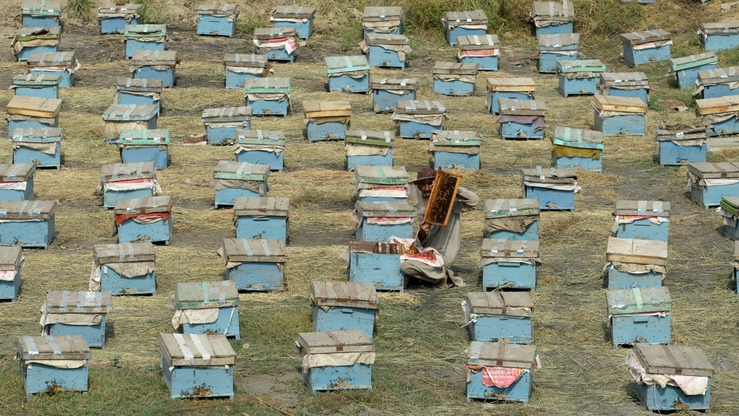