Shalamar Garden was built by Mughal Emperor Shah Jahan in Lahore. It is the famous historical place in Pakistan. There are 410 refreshing fountains in this garden which attract the visitors

The Lahore Museum, was originally established in 1865-66 on the site of the hall or building of the 1864 Punjab Exhibition and later shifted to its present site located on The Mall, Lahore, Punjab, Pakistan in 1894.

The Faisalabad Clock Tower is a clock tower in Faisalabad, Punjab, Pakistan, and is one of the oldest monuments still standing in its original state from the period of the British Raj.
Address: Ghanta Ghar, Clock Tower Roundabout? Faisalabad 38000 Completion date: November 14, 1903

Miner-e-Pakistan, also known as Yadgaare-e-Pakistan is an extremely tall tower located at Iqbal Park in Lahore. This historical building of Pakistan speaks of its inception in the honor and prestige of the Lahore resolution. History of Minar-e-Pakistan Peculiarly, it reflects a mixture of modern and antiquely lovely Mughal architecture and it has been created on March 23, 1940 when Lahore Resolution or say Qaradad-e-Lahore was demanded for the inception of Pakistan. It has been formed seven years before Pakistan came into existence. If you observe keenly, the vast space of public occupied around the monument is mainly utilized for public and political meetings. On the other hand, the region of Iqbal Park is largely famous for kite flyers. Height of Minar-e-Pakistan Notably, the tower of Minar-e-Pakistan is about 60 meters risen from the base; therefore, the calculated height of the tower is approximately 62 meters from above the ground.

The specialty of the worth visiting Hiran Minar is bound to its wonderfully exuberant environment and location. Amazingly, Minar from the top is certainly the best charming place of Punjab which gives you a soothing effect for the relationship to a site owned by Moghals and the landscape. The depth of amazement for this place is approached when one reaches the top of Minar and looks towards north, a lush green patch of forest resembling the forest vegetation of Moghal times. While going towards the west, one observes massively irrigated fields which are mentioned as the product or item of early twentieth or late nineteenth century. Hiran Minar – The Great Asian Historical Architecture It has been deduced that it’s pretty much similar to well established attractive fields of the Moghal period in appearance and size. Emphatically, the noticeable part is that the Lower Chenab has been developed into the best fertile region well known in country currently. It is situated in Sheikhupura which was previously known as Jehangir Abad before the death of Aurangzeb Alamgir.

Alhamra is the heart of Lahore as Lahore is the cultural capital of the country. Alhamra is basically an Arabic word, which literally means a woman in “Red Clothes”. This was the name initially given to the Royal enclave at Cordoba Spain by the Arabs. The palaces and other buildings were constructed in red bricks.

Lahore Junction station was constructed by Mian Mohammad Sultan Chughtai, a former official of the Mughal Empire, between 1859-1860 It was built in the style of a medieval castle to ward off any potential future uprisings, as seen in the 1857 War of Independence

Completed in 1986 to designs by Turkish architect Vedat Dalokay, Faisal Mosque features a modern white facade inspired by the Bedouin desert tents. Pakistan's largest mosque, this structure boasts a prayer hall that can accommodate up to 10,000 worshippers at any given time. The building also includes a library, lecture hall, museum, and cafe. Although tourists of all faiths can visit this shrine, non-Muslims are asked to refrain from coming on Fridays and during daily prayers. Be sure to take your shoes off before you enter, and dress appropriately for a sacred place of worship 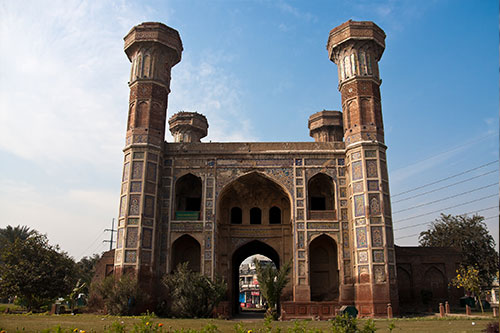 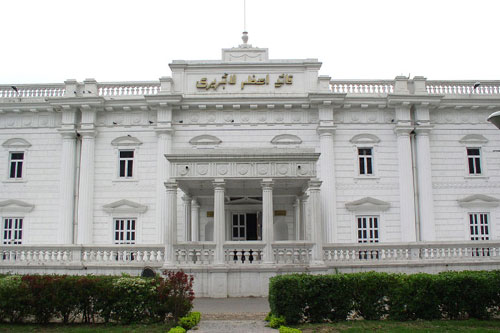 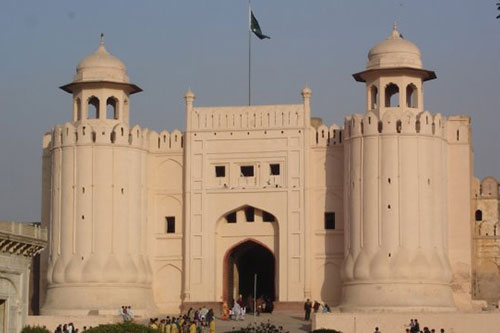 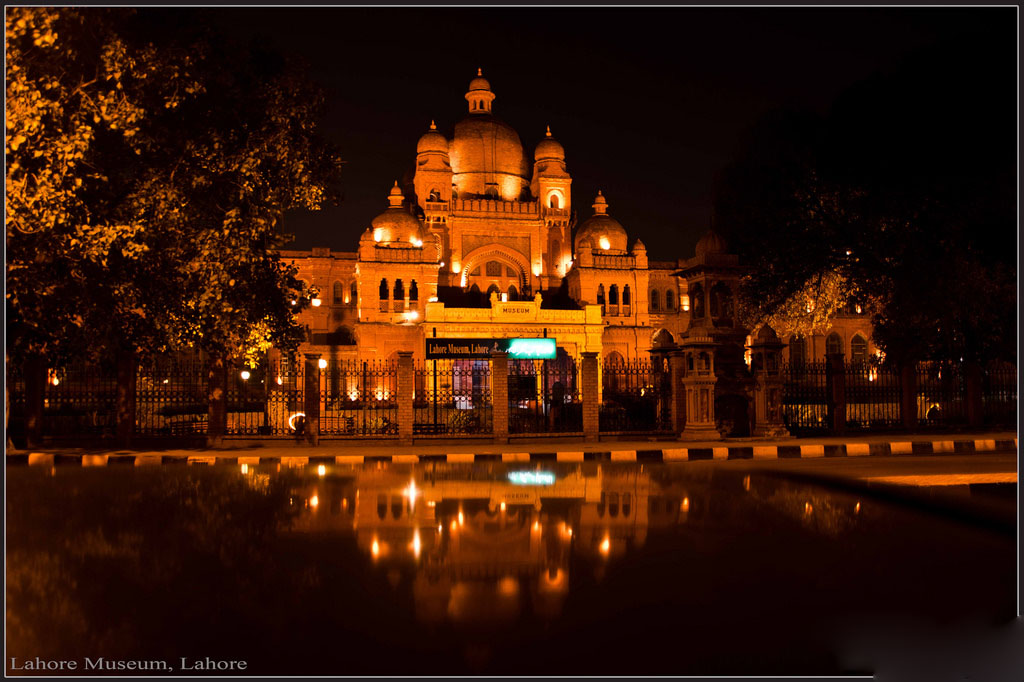 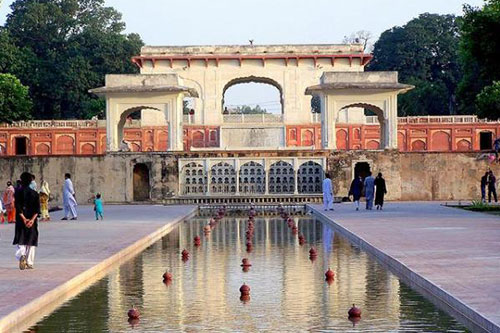 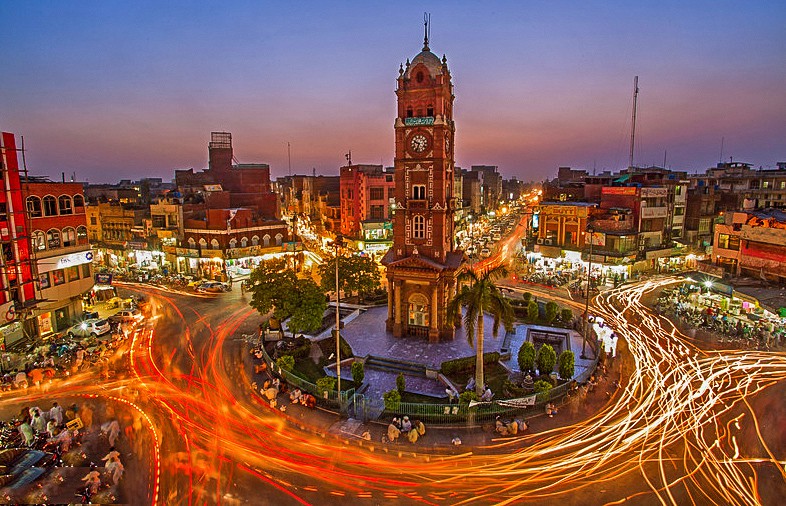 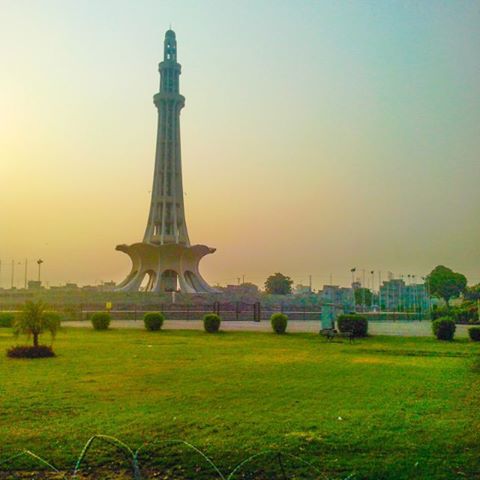 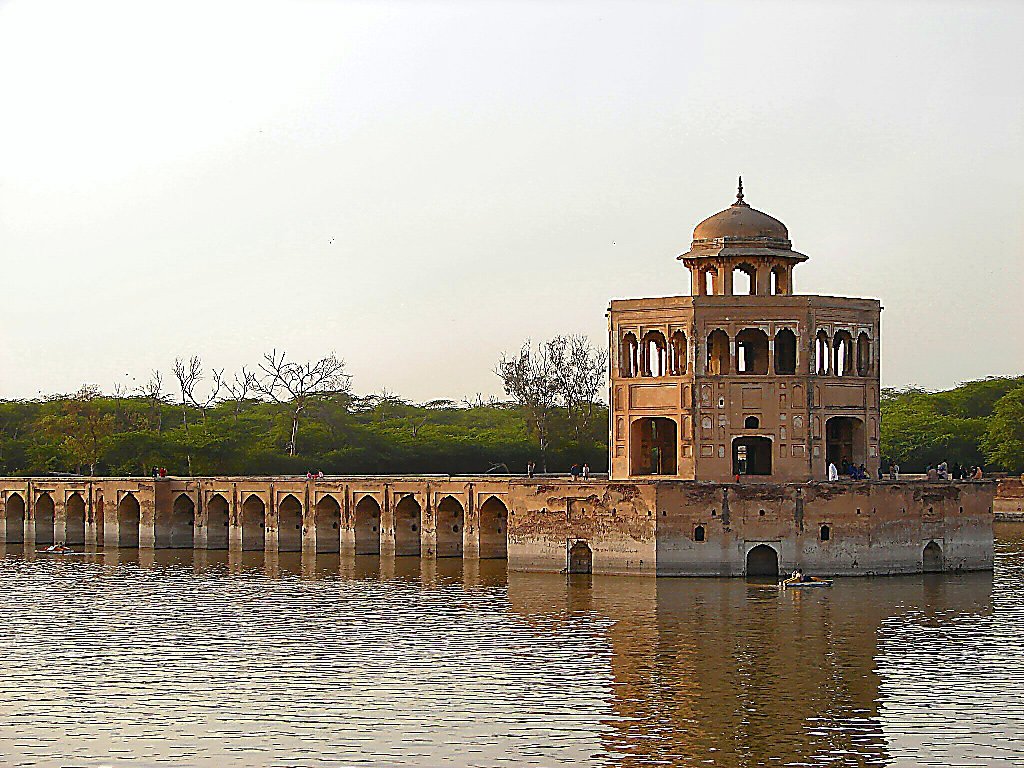 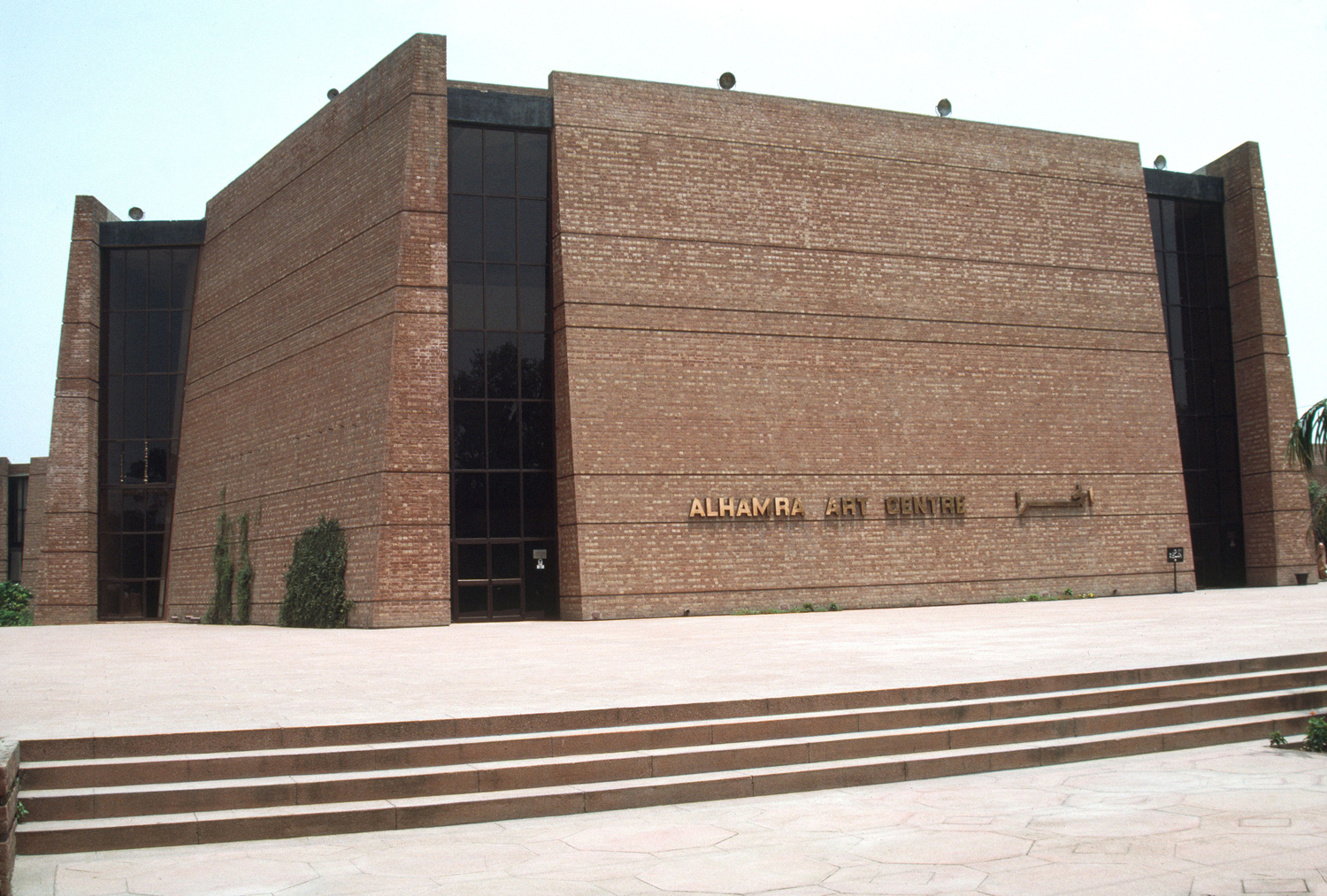 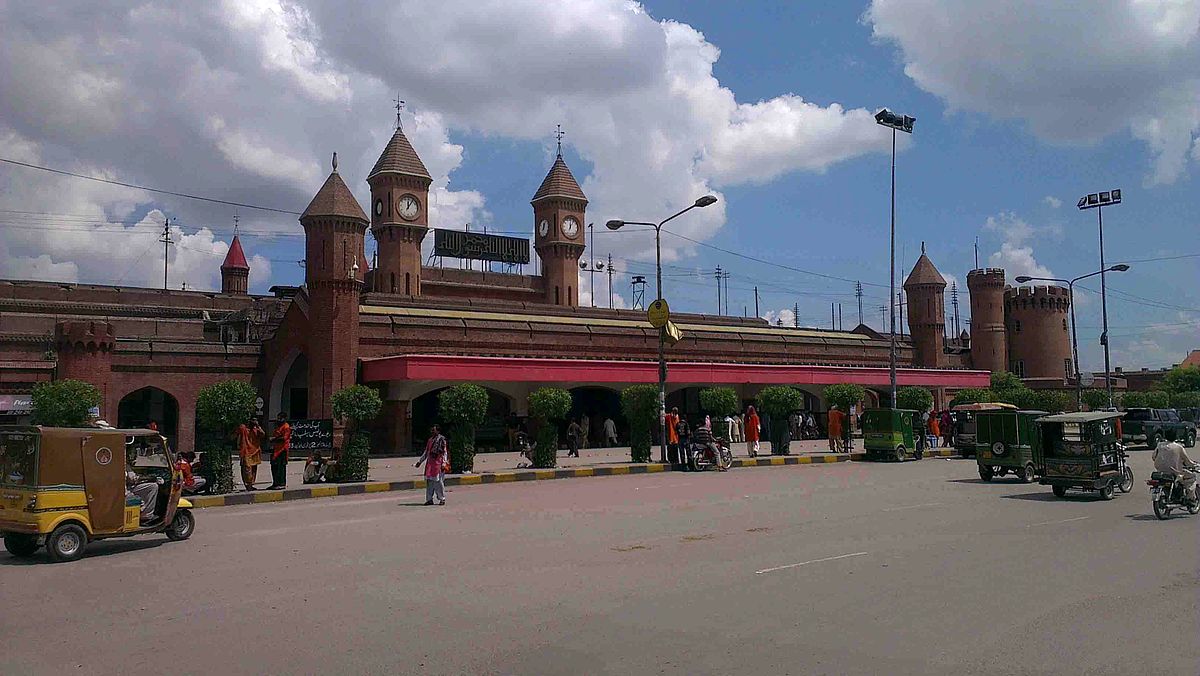 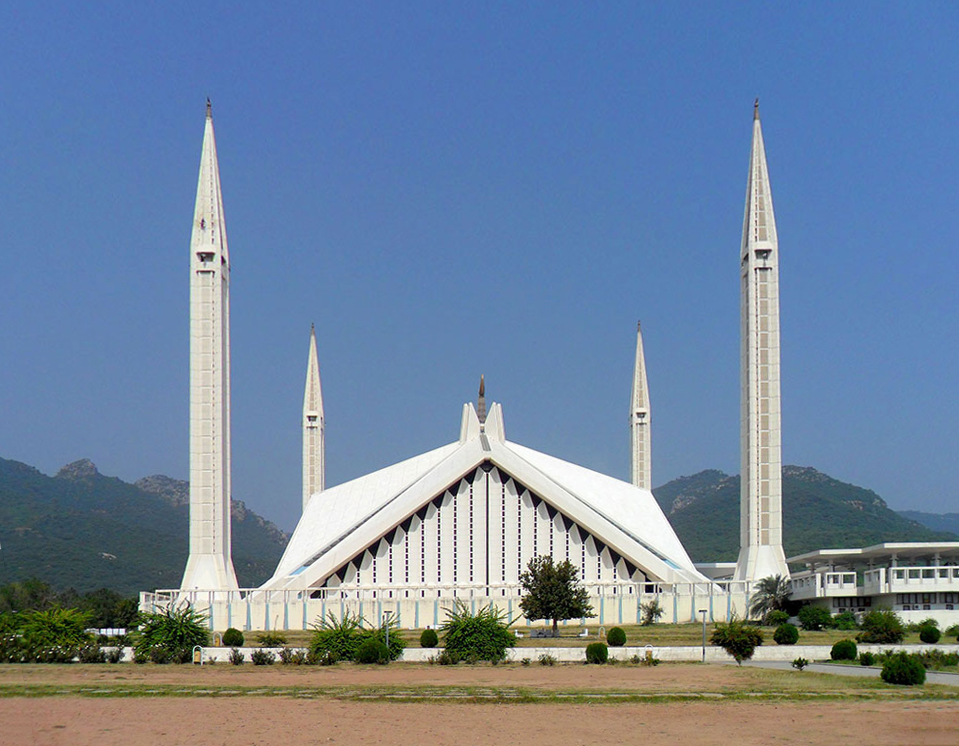 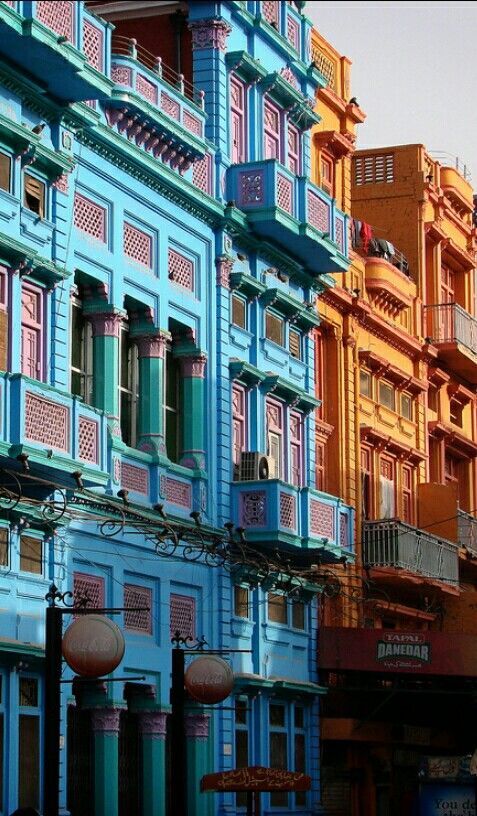 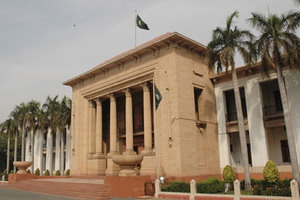